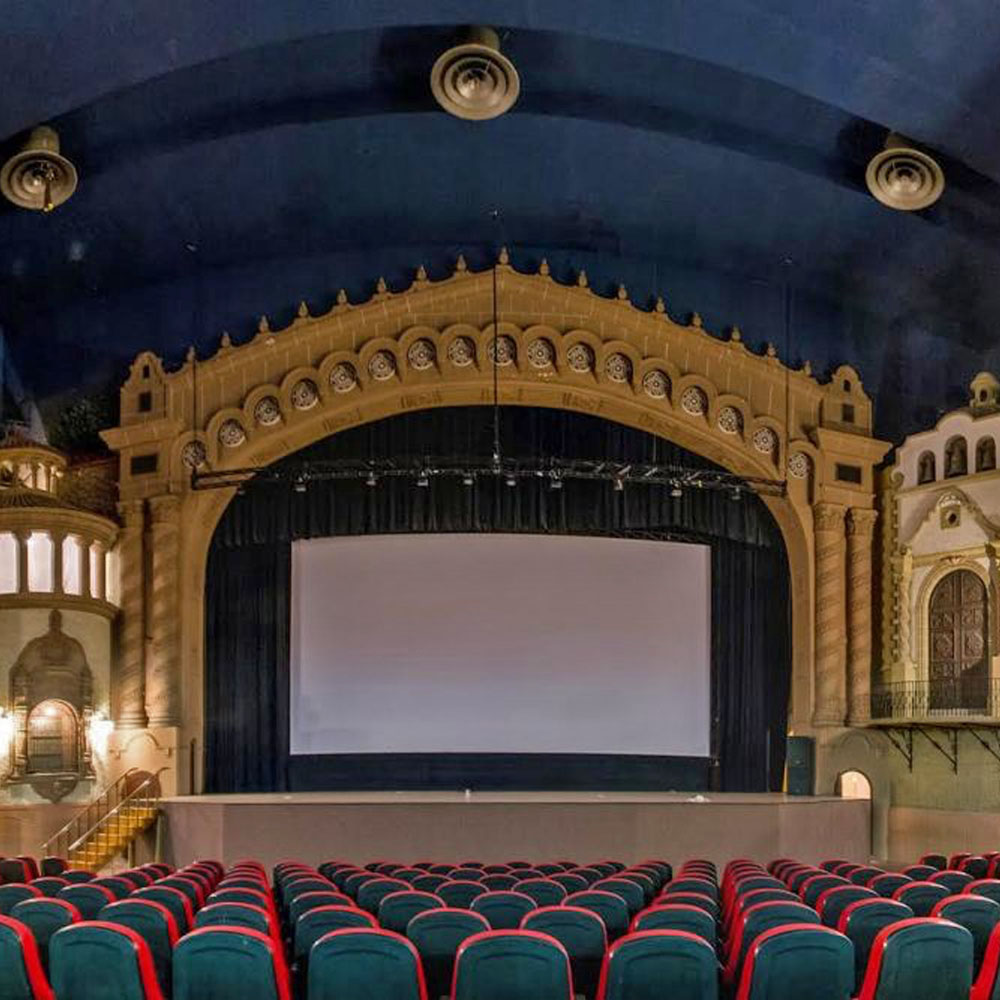 starring Marlene Dietrich and John Wayne. The cinema was built by Alfredo Lasso de la Vega García-Rojas, who had bought the Arriaga family’s farm which previously occupied the site.

The Alameda was designed by architect Carlos Crombe in an Atmospheric style with a Spanish courtyard theme. Crombe took inspiration from the Alameda Theatre in Mexico City.

The cinema was considered to be one of the most modern cinemas in Mexico throughout the 1940s to 1960s, however in 1993 the Alameda closed.

In 2001 the cinema was declared a historical monument by the National Institute of Anthropology and History, and donated to the State Government. Restoration commenced in 2006 with the goal of it becoming home to the Alameda Film Library (Cineteca Alameda). The Alameda reopened in early June 2009.

The twentieth anniversary of the Alameda Film Library and the 80th birthday of the Alameda were celebrated throughout 2021. The Alameda currently seats 1,374 (587 on the main floor level and 787 in the balcony).

The Alameda is notable for its projection booth which is located in the front-center of the balcony. This arrangement is not seen in many theatres however some examples are the Roxy Theatre in New York (opened 1927, demolished 1960), the State Theatre in Philadelphia (demolished in the late 1960s), the extant Ellen Eccles Theatre in Logan, Utah (opened as the Capitol Theatre in 1923), and the extant O2 Academy Brixton in London, England (opened as the Brixton Astoria in 1929).

According to Líder Empresarial

, the Alameda is believed to be the oldest and largest cinema in Mexico.

Photos of the Cineteca Alameda