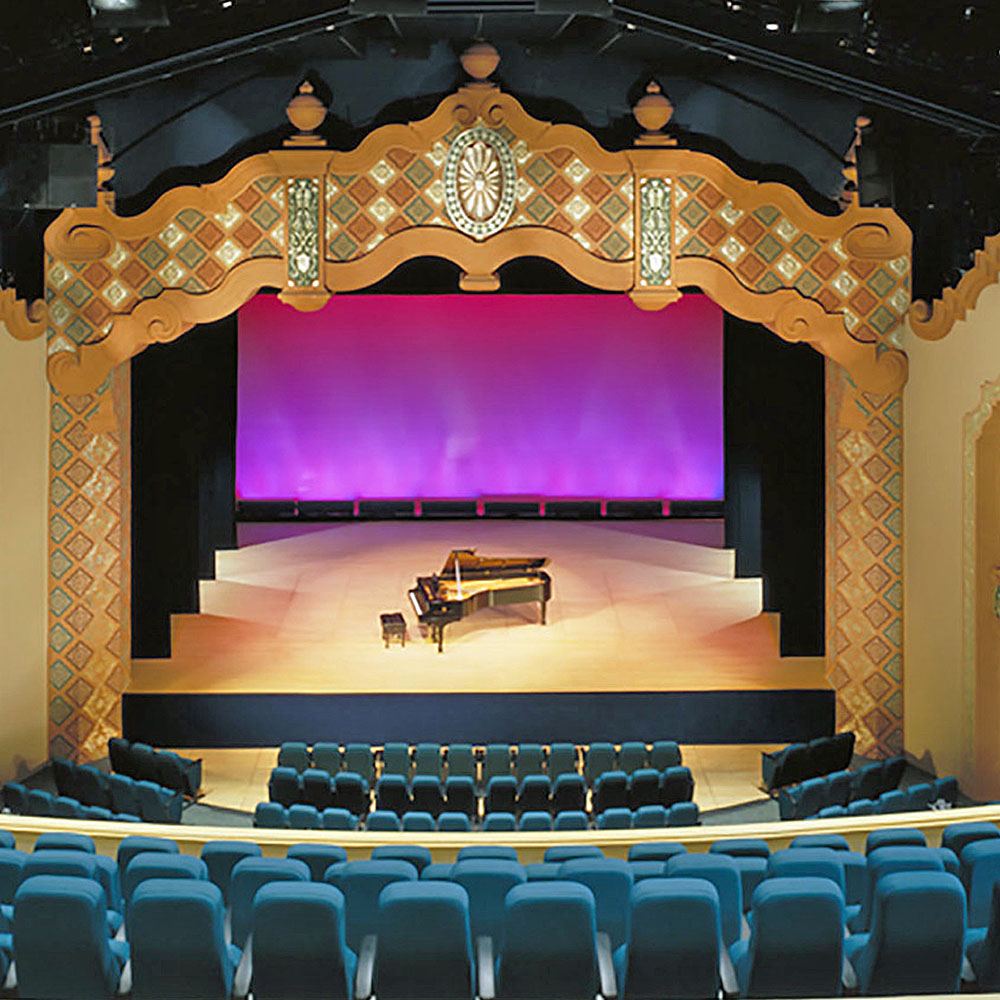 The 1,000-seat Lensic Theatre opened in June 1931, designed by Robert O. Boller of the Boller Brothers. The atmospheric design was initially called Castilian Spanish, later pseudo-Moorish, and even Spanish Renaissance!

The Lensic name – the result of a public competition – not only combined the initials of theatre builder E. John Greer’s six grandchildren, but also suggested the lens of a movie projector and the scenic splendor of the theater’s interior.

Some remodeling work was carried out in the late-1940’s by architectural firm Brittelle, Ginner & Neuner.

Closed in 1999, the Lensic Theatre received a $8.2 million restoration after a successful fund raising effort led by Ms. Nancy Zeckendorf of Santa Fe, who serves as Chair of the Board.

The theatre was renamed as the Lensic Performing Arts Center in 2001, and is now a gathering place for the famous artistic community as well as a venue for music, theatre, film, and more.