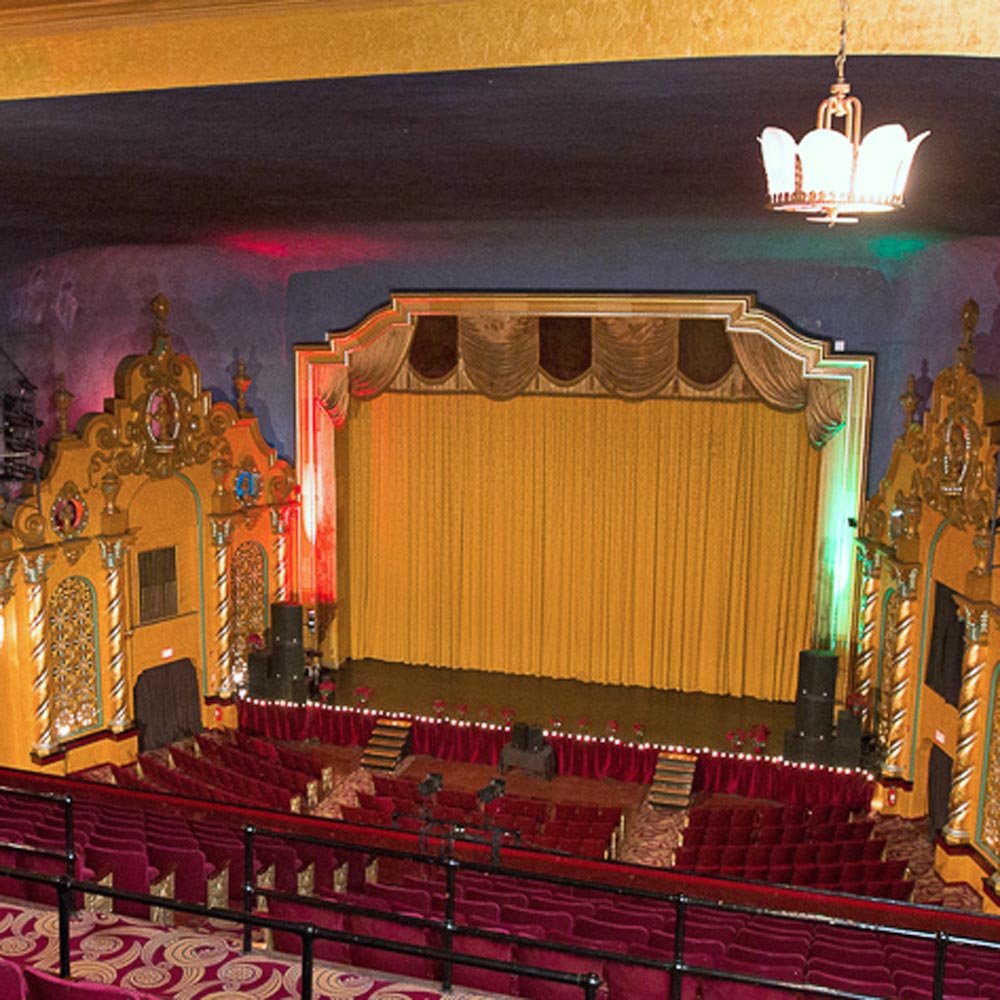 Reopened as an Atmospheric Theatre: 1931

Originally opened as the Geneva Theatre in late 1894, the overall building was designed by architects Joseph Pierce and Henry Bickford (as Elmira-based architectural firm Pierce & Bickford), and the auditorium was designed by theatre architect Leon H. Lempert. The theatre was the dream of local philanthropist and businessman William Smith, constructed with the vision of bringing culture and entertainment to the local area.

The theatre with a production of “The Count of Monte Cristo”, starring James O’Neill, father of playwright Eugene O’Neill.

Following financial difficulties the building was sold in 1927 to Schine Enterprises, a large corporation that owned many theatres and hotels. In 1929 extensive remodeling began under the direction of Pittsburgh architect Victor A. Rigament. The current Spanish Baroque atmospheric treatment dates to this period, when the remodeled theatre reopened in 1931.

A massive restoration project launched in 1994 set as its goal the renovation of the building’s exterior to its original 1894 façade, and the interior to its 1931 eclectic opulence.

Information in part sourced from the Smith Opera House

Photos of the Smith Opera House