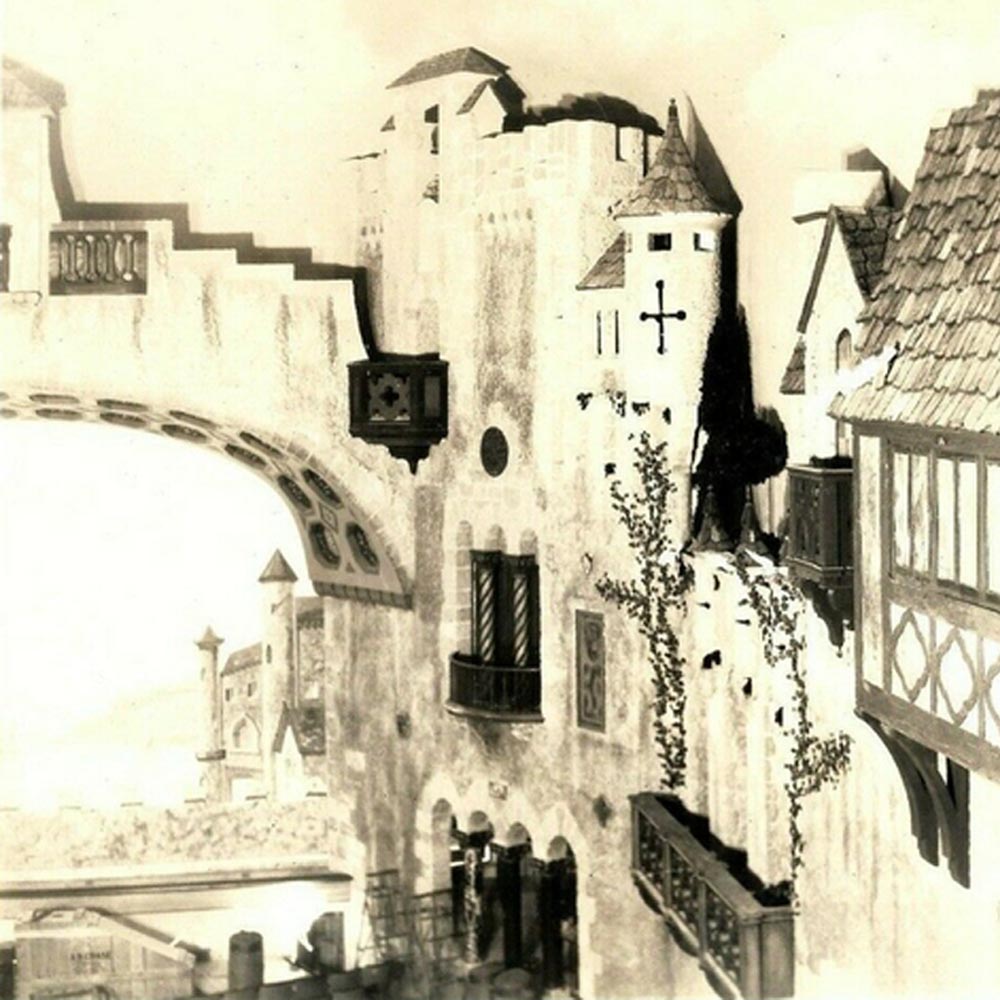 Reopened as an Atmospheric Theatre: 1929

Opened as the Oxford Theatre in 1921, by Friedstein & Rubin, this modest neighborhood house was remodeled and enlarged twice in the 1920s, first in 1926, then again in 1929, when it was given an atmospheric style auditorium and a new name, the Uptown Theatre. Originally, the theatre sat 1,215.

The atmospheric remodel in 1929 was by the Minneapolis-based architect firm Liebenberg and Kaplan. The Italian-themed interior featured village buildings and Italian countryside scenes painted between faux ancient Roman columns. On the blue sky ceiling above, stars twinkled and clouds would slowly drift by before and after the show.

Early ads for the Uptown called it “the largest and most modern Atmospheric theater in Saint Paul”. Its opening night film was Lionel Barrymore in “Alias Jimmie Valentine” as well as two vaudeville acts.

The theatre was remodeled again in the 1950s, into a mid-century modern style. The Uptown Theatre was closed in 1976, and was torn down soon thereafter to be replaced by a parking lot.