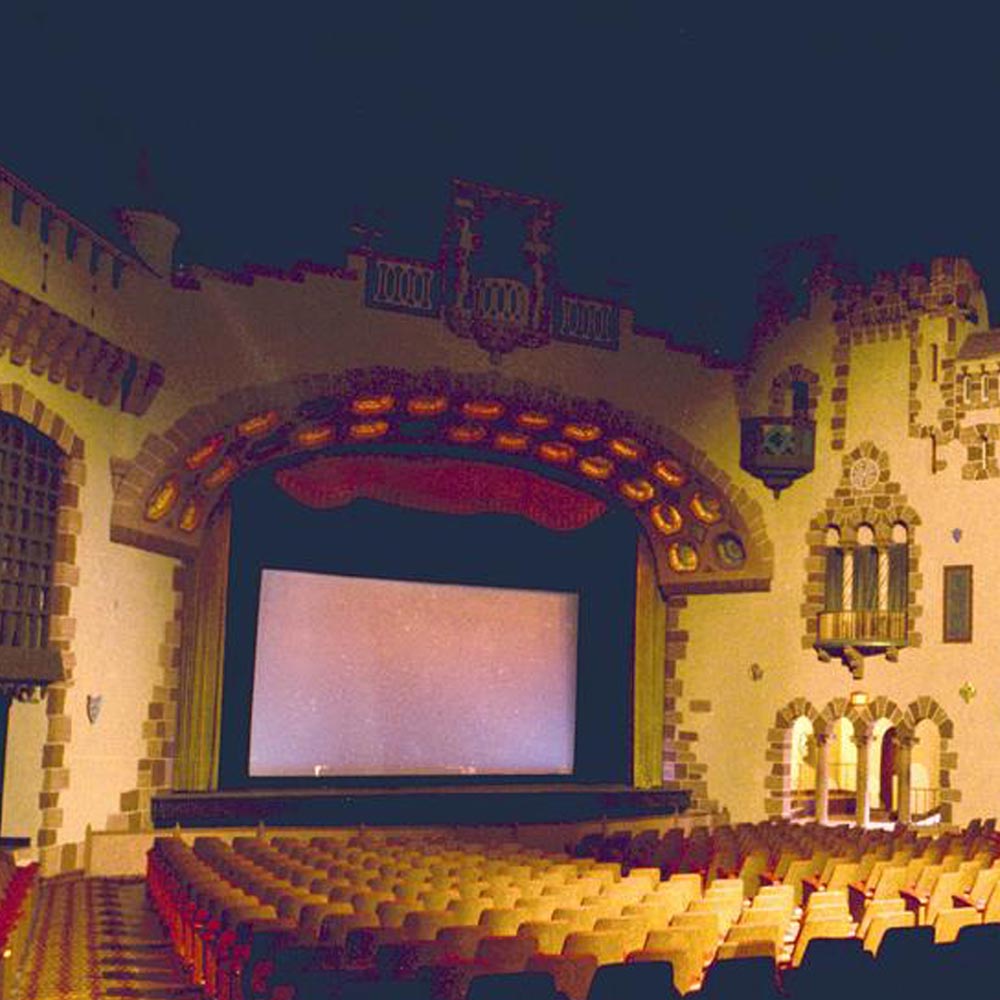 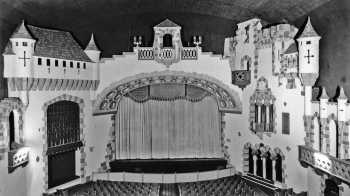 The exterior is designed in a French style complete with a false mansard roof. Inside, the design is a medieval French village with balconies, turrets, battlements, gates, and arches. According to the designer, the proscenium arch represented “a bridge over a waterway silhouetted against the sky”. The theatre was originally equipped with a Marr & Colton 2-manual 9-rank organ.

The Chateau Theatre was one of Rochester’s first air-conditioned buildings and presented plays, concerts, operas, silent and later talking movies, and vaudeville.

In 1979 the “World Wide Friends of the Chateau” was formed and was instrumental in preserving the theatre from demolition. Despite the theatre being added to the National Register of Historic Places in 1980, the theatre closed 2nd October 1983 following a screening of the 1934 classic It Happened One Night 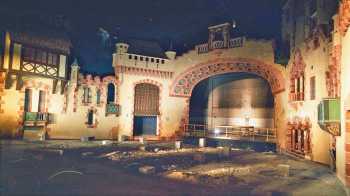 Undergoing conversion into a bookstore in the early 1990s, courtesy Greg Latza

Following nearly 11 years of debate, negotiation, and ultimately $4 million of renovation, the theatre reopened on 1st July 1994 as a Barnes & Noble bookstore. The auditorium floor was leveled and a second floor was added on stilts, bisecting the auditorium into two levels and sitting in some places just inches from the historic walls of the auditorium. You could browse the non-fiction department while getting up close and personal with the proscenium arch.

On 2nd January 2015 the bookstore closed, and in 2019 the space started being converted into a flexible events center. The inserted floor was removed and a flexible ceiling grid installed to allow the hanging of lighting and dividers to facilitate a flexible events space. The project was coming to completion at the start of 2020 however unfortunately the Chateau’s first exhibition was put on hiatus due to the Covid-19 pandemic.

In June 2021, and presumably as a result of the prolonged closure, the City of Rochester announced that current tenant Exhibits Development Group would no longer operate the theatre. New proposals were sought, however none of the trio of pitches to operate the theatre hit a home run in October 2021, with the City quoted as saying they felt “we could do a little better”.

would operate the theatre, due to its commitment to open the building for public use a majority of the time and because it did not seek any funding from the city. In late January 2022 it was reported

that Threshold Arts wants to move into the theatre space in Spring 2022 and start programming the space as soon as possible.