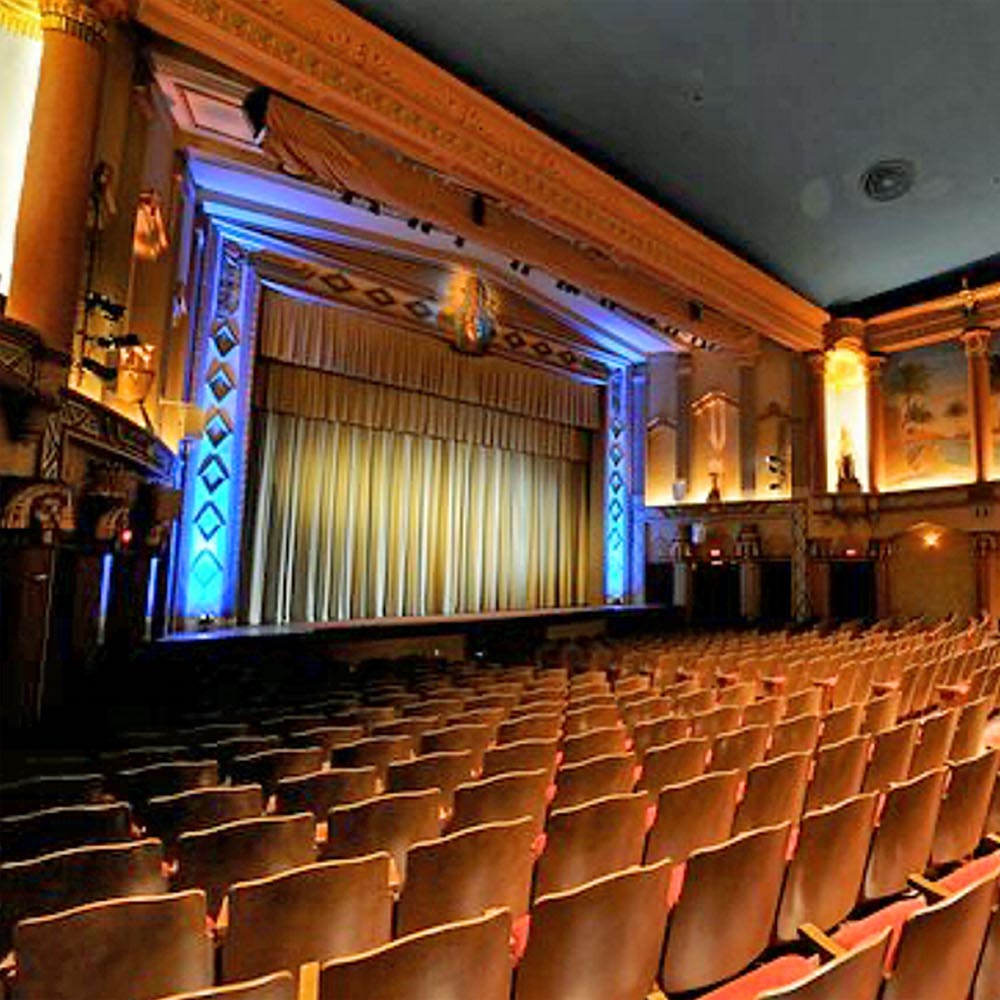 The Egyptian Theatre was designed by architect Elmer F. Behrens, formerly of architect firm Rapp & Rapp of Chicago, who was a scholar and lover of Egyptology. 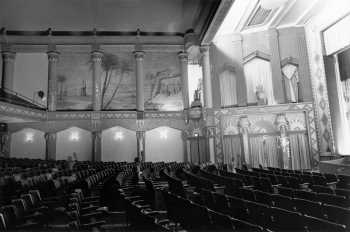 The discovery of Tutankhamun’s tomb in late 1922 led to a nationwide interested in all things Egyptian, and over 100 Egyptian-themed theatres were built across the country.

Behrrns used his intimate knowledge of Egyptology to design a theatre with one central theme, that of Ramses II – who was also known as Ramses the Great (reigned 1279 BC – 1213 BC). Ramses is often regarded as the greatest, most celebrated, and most powerful pharaoh of the Egyptian Empire.

Behrrns said of the theatre: “The Egyptian Theatre arouses in one thoughts of the Nile, Sphinx and Pyramids and all better styles of architecture. As one sees the exterior he is attracted to the two guardians of this temple flanking each side of a stained glass window in which is depicted the sacred beetle of the Egyptians. The two guardians or Pharohs [sic], are the kings and leaders who started the building of pyramids and royal tombs. Throughout the whole theatre an effort has been made for strength and dignity, as the Egyptian style in itself is a monumental one. The rich flora of the Nile , especially the lotus and papyrus, furnished the principle motifs or ornament, and even suggested the form of structural design.” 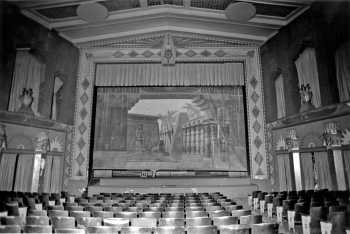 In the original design, additional buildings were supposed to be attached to the existing building, including a hotel on the north side, but they were never built due to the stock market crash in late 1929. The theatre’s unique broken-tile main lobby floor was also a culprit of the Great Depression; it was originally supposed to be marble.

Originally designed as a movie/vaudeville combination house, the Egyptian continued showing movies throughout the 1940s and 1950s with occasional live events. Senator John F. Kennedy made an appearance at the theatre on 25th October 1959, three months before he would announce his candidacy for president.

In the 1970s movies were shared with the occasional rock concert. The theatre was showing its age, and in 1977 was closed and transferred to the City of DeKalb.

In 1978, with the Egyptian’s future very much in doubt, a group of local citizens banded together to restore and save the theatre. The Egyptian was listed on the National Register of Historic Places later that year.

In 1982, Preservation of the Egyptian Theatre, Inc. (PET) qualified for a $2.3 million grant from the state of Illinois and allowed for the restoration of the theatre to begin. Renovations were completed by Fall1983 and theatre held its grand reopening weekend in mid-September 1983. 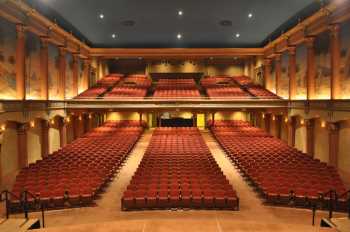 Since the early 1980s the theatre has hosted a diverse range of events including weddings, community meetings, movies, receptions, and live entertainment. From 2006 to 2012 over $1.5 million was invested in restoration, maintenance, and upgrades to the theatre.

In January 2019 it was announced that the theatre would undergo a $5.5 million renovation, including adding air-conditioning to protect the historical integrity of the building and alterations to meet the standards set by the Americans with Disabilities Act. The theatre was forced to shut several times due to the devastating impact of the Covid-19 pandemic and as of early 2022 renovation plans are on hold.

Photos of the Egyptian Theatre