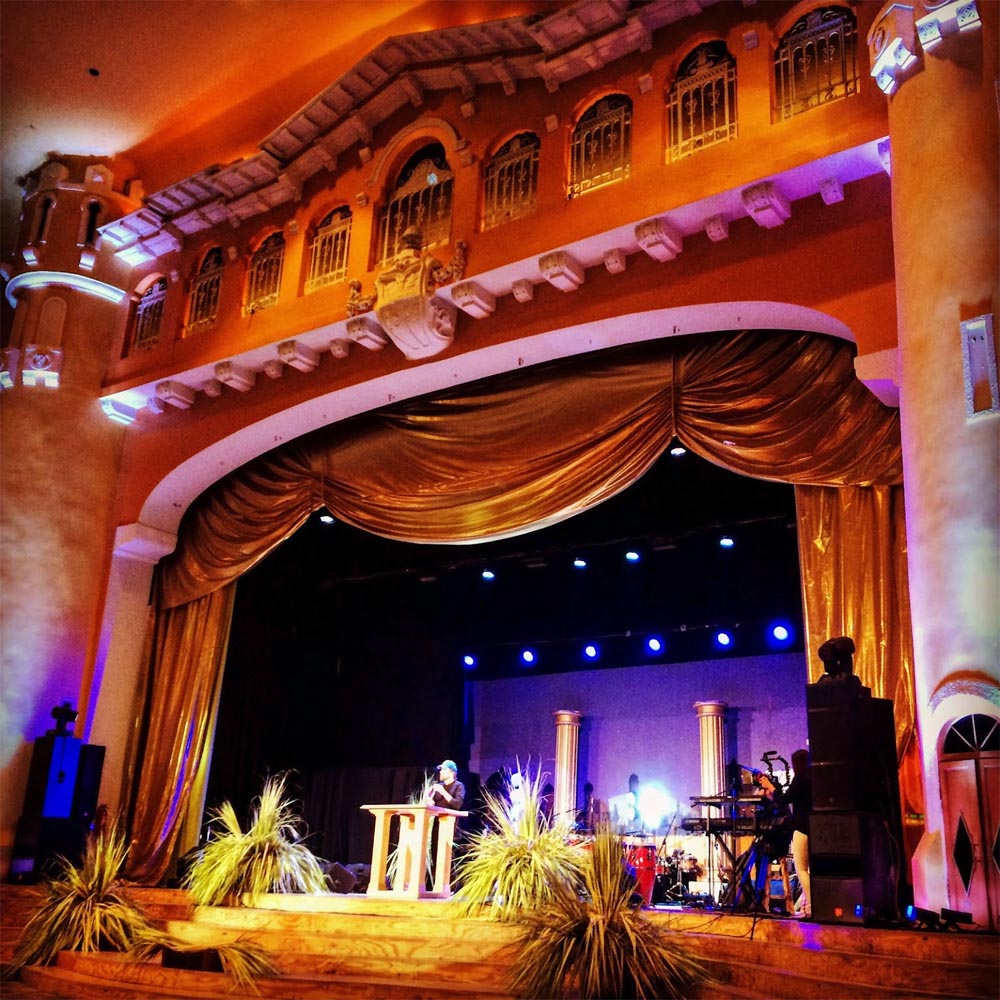 The Queensboro Theatre, a combination movie and vaudeville theatre, was built in 1928 and opened in September of that year with Margarita Fischer in “Uncle Tom’s Cabin” on the screen and Paul Specht and His Orchestra plus five acts of vaudeville on the stage. Built at a reported cost of $400,000, the theatre reportedly sat 2,212 at its opening – 1,365 at main floor level and 747 in Loge seats and Balcony. 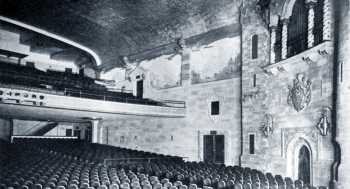 The Queensboro was the first atmospheric style theatre to be built in Queens. Architect John W. Schladtiz designed the interior to mimic a Spanish medieval castle with Italian influences. The fire curtain was painted with the appearance of a castle entrance with a looming portcullis above. The theatre was equipped with a Link 3-manual, 10-rank organ.

In 1946 it was taken over by the Interboro Circuit Inc. and renamed as the Elmwood Theatre, at which time it got a new marquee.

Around 1979/1980 the theatre was bought by Sony Loews Theatres and the auditorium was split into multiple separate auditoria, the name changing to Loews Cineplex Elmwood. In 1999, the possible demolition of the theatre building was included as part of a deal proposed by the Mattone Group to build an 18-screen multiplex at a nearby site. The deal was put on hold, and the theatre ultimately closed on 28th February 2002.

In 2002 Faith Ministries Inc. purchased the theatre from Sony Loews Theatres as the home of the Rock Community Church. The church group restored the theatre to a single auditorium space. Restoration and renovation of other areas of the theatre were completed in 2012.

Photos of the Elmwood Theatre