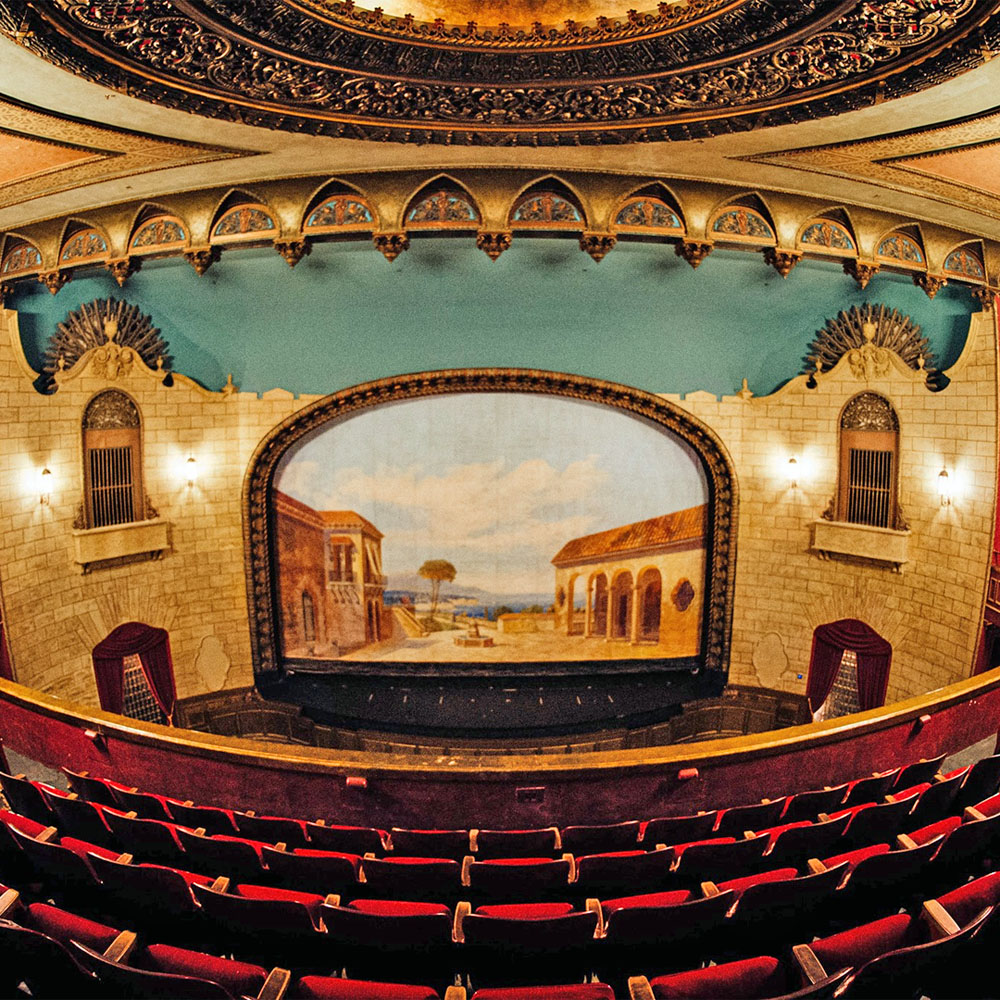 On 5th February 1931, Will Rogers performed to the largest audience in the theatre’s history. Two months later, on 20th April, Ethel Barrymore appeared on stage in “The Constant Wife”.

The theatre’s fire curtain, proscenium arch, and sounding board were designed in an atmospheric style, however the auditorium sidewalls and main ceiling received an Adam-esque classical treatment.

The theatre closed in late 1985. In 1988, the Poncan Theatre Company, a non-profit, tax-exempt corporation, was founded to revive the theatre. In 1989 the entire building was donated to the Poncan Theatre Company through a generous gift from Enloe and Wanda Baumert. The building was renovated and reopened in September 1994. During the renovation project a magnificent set of stained glass light fixtures were rediscovered, along with the original hand-painted fire curtain.