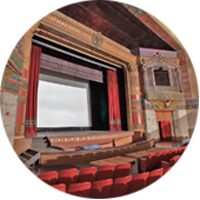 Status: Currently in use by a church

The Rialto opened in October 1925 and was designed to showcase both movies and vaudeville. It was one of the last theatres designed by noted architect Lewis A. Smith (Smith also designed the ever-popular Vista Theatre on Sunset Blvd), and is executed in a mix of styles including Egyptian and Spanish Baroque, however is mainly Moorish Fantasy. 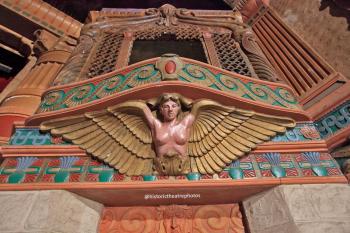 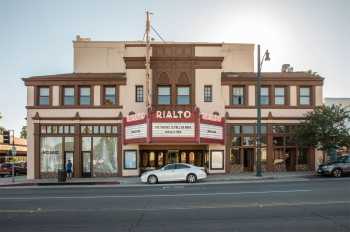 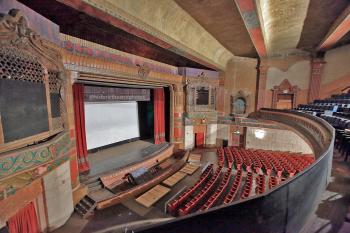 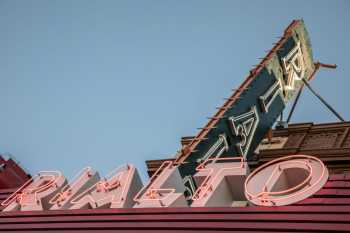 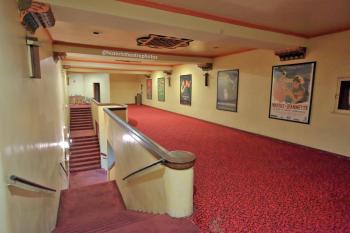 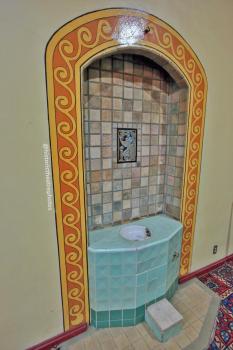 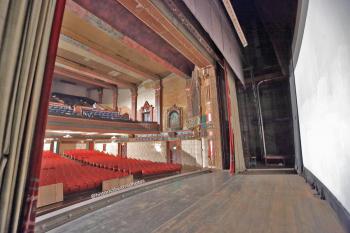 Originally announced as a 1,600-seat house, the Rialto ended-up with around 1,200 seats. According to the National Park Service the current capacity is 1,143. When it opened in 1925, its policy was to run feature length movies and present vaudeville on Thursdays and Saturdays in addition to the movie. The Rialto was a try-out stage for vaudeville produced by Fanchon and Marco. As an alternative to vaudeville, at times live drama was also presented, again in conjunction with a movie screening,

The auditorium is decorated with bright colors and stenciled features, with mythical creatures in some key locations: harpies support the organ grilles from below and, located centrally above the proscenium, is a gargoyle with glowing red eyes – lit-up before, during and after performances. A Batchelder tile drinking fountain is located in the lobby.

In addition to the theatre’s features enabling it to present full-scale productions (dressing rooms, fly tower, 30ft deep stage, large orchestra pit) the building also includes retail store fronts on either side of the entrance, plus independent apartments above the retail spaces.

From the 1930s the Rialto was operated by Fox West Coast Theatres, and it was at this time that the current Art Moderne neon marquee replaced the original marquee. According to the National Park Service, for about ten years, beginning in the middle of the 1930s, the Rialto had an interesting distinction: each year when the Academy Awards were announced for the best picture of the year, it was already playing at the time at the Rialto. The theatre suffered a backstage fire in 1938 necessitating closure for several months. After reopening neither vaudeville nor live drama played again at the Rialto.

In the 1960s operations turned-over to Mann Theatres. Notable organ concerts were given by George Wright playing the 2 manual, 10 rank Wurlitzer pipe organ. The organ was later removed as a result of a fire in 1968, when water hoses had to be aimed at one of the organ grilles to help put out the fire.

Landmark Theatres took over in 1976, and in 1977 South Pasadena citizens circulated petitions to save the Rialto from demolition to make way for a parking lot. The theatre was designated a Historic Cultural Monument in 1977 and added to the National Register of Historic Places in 1978. By the 1990s Landmark was planning to multiplex the theatre. The multiplex plan never came to fruition and in 2007 Landmark Theatres closed the Rialto due to dwindling ticket sales, the last screening being “The Simpsons Movie”. 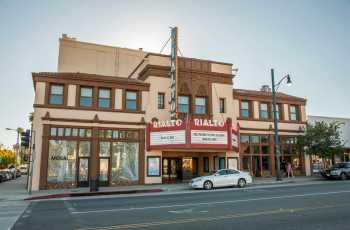 The restored exterior, with retail units and apartments flanking the theatre’s entrance

In 2014 the theatre was purchased by Los Angeles developer Izek Shomof with the intention of bringing live entertainment back to the Rialto. In mid-2017 it was announced a 20-year lease had been signed by Mosaic Church.

. Amongst many other movie appearances the Rialto has also been seen in Kentucky Fried Movie (1977)

How do I visit the Rialto Theatre?

The Rialto is currently operating as a church, however they occasionally host movie screenings as well. Check out the Mosaic Church’s website

for more details and forthcoming screenings.

Photos of the Rialto Theatre