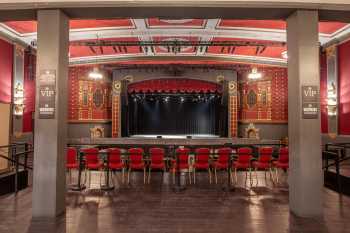 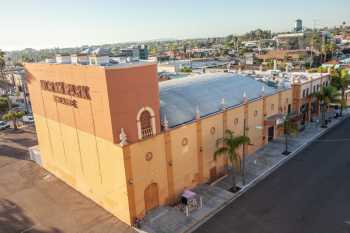 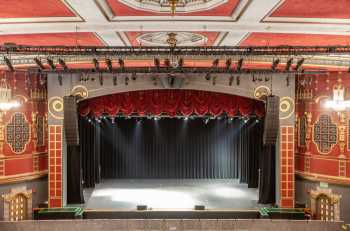 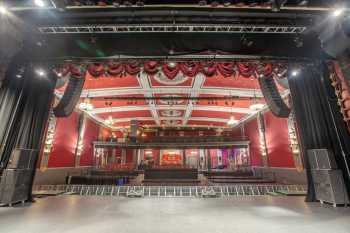 Opened as the West Coast North Park in early 1929 by Fox West Coast Theatres, it was promoted by Fox as the first theatre in San Diego to be designed from the ground up for the exhibiting of sound, synchronized, and talking pictures. The theatre is now a popular and vibrant live entertainment and music venue. 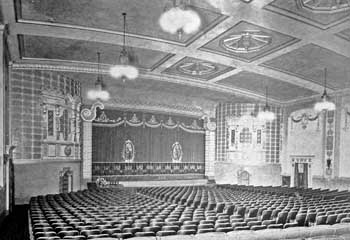 The West Coast North Park at its opening in January 1929

Building of the theatre was first announced in the Exhibitors Daily Review of August 1928. The 1,200-seat theatre, built by University Park local Emil Klicks, opened 17th January 1929, hailed as the first theatre in San Diego designed for the talkies.

At its opening, a dedication on the theatre organ was given by organist Jamie Erickson, a footlight presentation on the stage by Ted Mack and the New California Music Masters, Fanchon & Marco acts temporarily transferred from San Diego’s California Theatre for the premiere, followed by a feature presentation and San Diego premiere of the movie Win That Girl (1928) 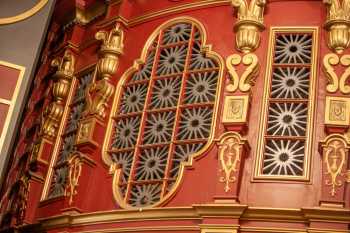 The theatre was designed in an understated Spanish Renaissance style, with reports of the time noting that the theatre did not carry any ornate “ginger-bread” decorations. The decorations of note in the auditorium of 1929 are the same as they are today: the ornate curved organ grilles, massive wall sconces, highly-decorated ventilator grilles in the ceiling, and the elegant electric chandeliers.

The theatre stopped showing movies and closed in 1989. The City of San Diego bought the theatre in 1990 and transferred ownership to its Redevelopment Agency to complete a $900,000 seismic retrofit. The space was used sporadically for various discount and religious enterprises.

In the early 2000s a combination of North Park community members, the Redevelopment Agency of the City of San Diego, and the Lyric Opera of San Diego, raised millions of dollars to renovate the theatre. The $12 million project saw the stage extended forward into the auditorium, and although a balcony was added, overall seating capacity was reduced to 800. The theatre lobby was converted into a restaurant. The City was convinced to build a multi-level parking lot across the street.

In 2005 the theatre reopened as the Birch North Park Theatre on 14th October as a venue for the Lyric Opera of San Diego. In October 2010 the Lyric Opera installed a replica vertical sign on the building’s façade, funded through a loan from the Redevelopment Agency.

By 2011 the Lyric Opera was unable to meet its financial obligations. It unsuccessfully tried to sell the theatre in 2011 before filing for bankruptcy in 2013. The Verant Group’s West Coast Tavern, which was the Lyric Opera’s tenant in the lobby area restaurant, fought in bankruptcy court for control of the building, which it eventually won. 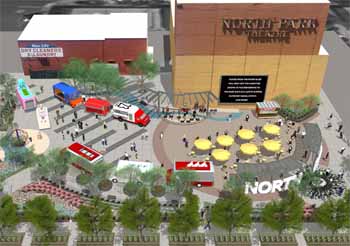 In February 2020 work broke ground on the North Park Mini Park, a half-acre park / urban plaza which was approved for the parking lot behind the theatre in 2012. The mini park has been described by its designers as a future “town square” for North Park, a place for the community to gather for special events and an important pedestrian connector between the business corridor of University Avenue and residential neighborhoods. Amenities will include an open stage for live entertainment and a giant movie screen on the southern wall of the historic theatre. It is hoped the mini park will open before the end of 2020.