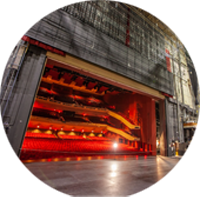 The San Diego Civic Theatre opened in early 1965, designed by modernist architect Lloyd Ruocco – one of San Diego’s most influential architects. The Civic is San Diego county’s largest performing arts venue and is home to Broadway in San Diego, San Diego Opera, and the California Ballet. 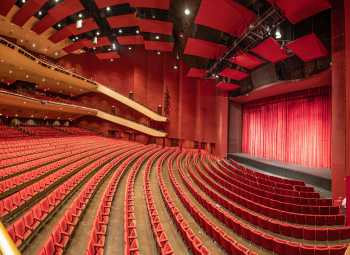 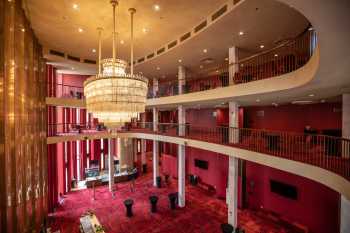 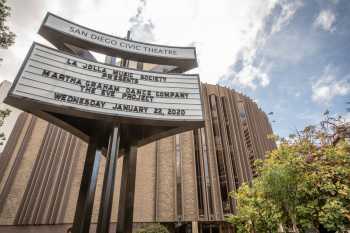 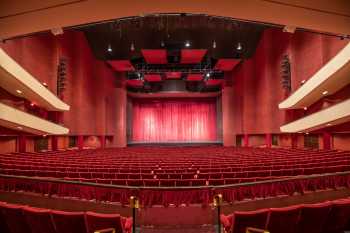 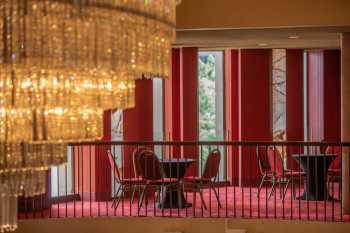 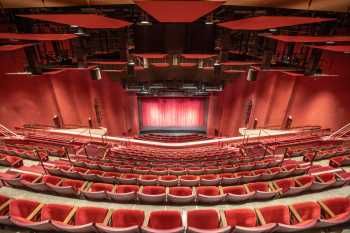 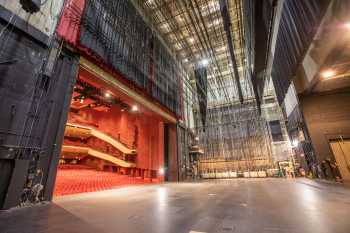 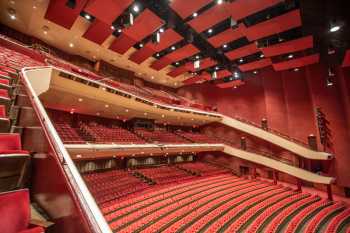 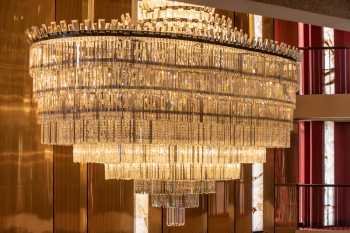 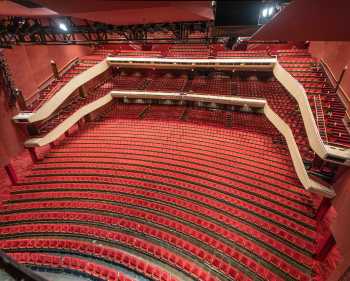 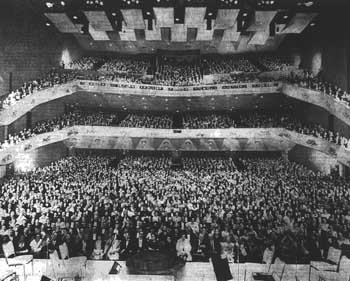 The Civic has played host to the largest shows and concerts to visit San Diego over the last 50+ years, the tone being set from the outset with a week of celebrations for the theatre’s opening.

Opening festivities continued with a production of Who’s Afraid of Virginia Wolf? starring Kendall Clark and Vicki Cummings on Wednesday, and the D’Oyly Carte Opera Company’s production of H.M.S. Pinafore on Friday.

The D’Oyly Carte’s appearance (their first performance in San Diego) was hastily arranged after the San Diego Ballet Company had to pull out of their planned performance when their soloist, Maria Tallchief, could not appear due to an operation.

The final night of the opening festivities was a concert given by the Los Angeles Philharmonic Orchestra and directed by Zubin Mehta.

Despite the ambitious opening festivities, the only snag was that furniture for the lobby and lounges had not arrived in time and so temporary furniture was rented for the theatre’s opening week.

The focal point of the Front-of-House facilities is the Grand Salon which spans three stories from main floor level to the Balcony. The Grand Salon’s main feature is its large central chandelier. The chandelier is not original, with funds for its purchase having been raised soon after the theatre opened. The chandelier was installed in March 1966, about one year after the theatre’s original opening. It is composed of 52,000 Bavarian crystals and weighs 2,800 pounds, measuring 15ft wide, 8ft wide, and 12ft high.

The Civic theatre was part of the three-block San Diego Civic Center development (now known as Civic Center Plaza with the Charles C. Dail concourse at its center) which was built between 1960 and 1965. The development originally housed City Hall (now the City’s administration building), a convention hall now used as an indoor arena and called Golden Hall (named for Morley H. Golden, at one time known as Mr. San Diego for his community involvements), and the new Civic theatre, described at its opening as “the sparkler in the bright new downtown Concourse”. 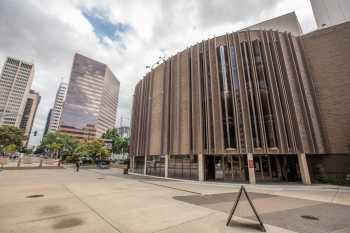 The Civic Theatre entrance, on the Charles C. Dail Concourse

The theatre is reported to have cost $4 million and was constructed by the H.M. Golden Construction Company, starting 3rd September 1963.

At the theatre’s opening, just 16 months after construction began, its acoustics were universally praised. The architect team stated that the theatre’s acoustics were afforded the highest priority at the design stage, with the main level Orchestra section being a modified semi-circle and the mezzanine and balcony being chevron-shaped “because it was acoustically best [for each area]”. In the auditorium, carpet was only provided in the aisles – not in each row of seats – to assist with the acoustic response.

The theatre features 37 “steel clouds” suspended from the ceiling, which are sound reflectors composed of quarter-inch thick exposed steel plates.

The theatre’s décor was originally described as “muted bronze and gold”, and modernist sculptures adorned the auditorium sidewalls – they have since been removed. 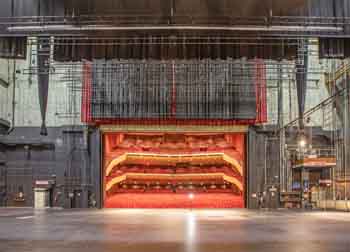 The main floor (Orchestra) level seating is in continental style whereby there is no central aisle, however provision was made for removable seats to temporarily add additional aisles, a feature which has been used by productions such as Disney’s The Lion King.

The theatre is owned by the City of San Diego

and operated by the nonprofit San Diego Theatres

on behalf of the community.