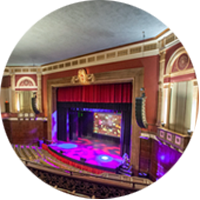 The Wilshire Ebell Theatre is part of a larger complex, completed in 1927, as the clubhouse for The Ebell of Los Angeles

, a prominent Los Angeles women’s club formed in 1894. The theatre is relatively intimate in size, seating just under 1,300, and is well known for its excellent acoustics. It has hosted musical performances and lectures by top artists and world leaders. 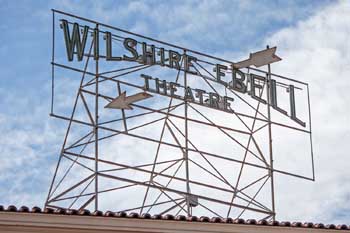 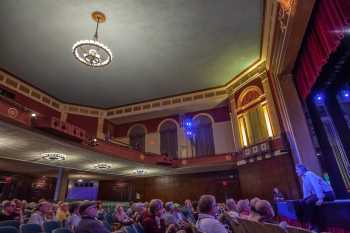 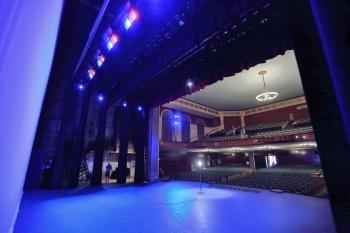 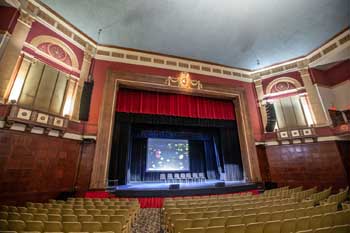 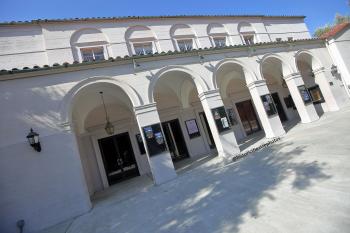 The etymology of the theatre’s name reflects that of the club, based on the principles and teachings of Adrian Ebell and founded in his name. Ebell was a pioneer in women’s education and the organization of societies for women in the 1890s. At its forming, the Ebell of Los Angeles’ purpose was stated as being “to interest women in the study of all branches of literature, art and science and the advancement of women in every branch of culture”.

The first formal evening for the clubhouse was held on 22nd October 1927, the occasion being an International Ball. The theatre first opened to the public 29th December 1927, chosen for the world premiere of Sigmund Romberg’s new musical The Desert Song, and was originally called the Windsor Square Theatre. The name changed to the Wilshire Ebell Theatre in mid-1930.

The 1927 clubhouse complex, including the theatre, was designed in an Italian style by Sumner P. Hunt of architectural firm Hunt & Burns. A major renovation took place in 1989 which saw the stage refitted, the auditorium seating and carpets replaced, and new lighting/sounds systems installed.

The Wilshire Ebell has played host to many notable performances during its 80+ year tenure. Judy Garland, known at the time as Baby Frances Gumm, first auditioned for MGM on the Wilshire Ebell’s stage in the 1930s. Amelia Earhart made her last appearance and public speech on the theatre’s stage before departing on her ill-fated 1937 round-the-world flight.

Igor Stravinsky conducted the premiere of Danses Concertantes here in 1942, his first major work composed entirely in the United States. “One of jazz’s first pop stars”, according to the LA Times, jazz great Dave Brubeck, performed at the Wilshire Ebell two years after forming the legendary Dave Brubeck Quartet and one year before appearing on the cover of Time magazine. The album “Dave Brubeck Quartet at the Wilshire Ebell” lives on as a jazz classic.

How do I visit the Wilshire Ebell Theatre?

Photos of the Wilshire Ebell Theatre