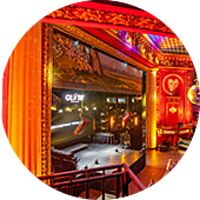 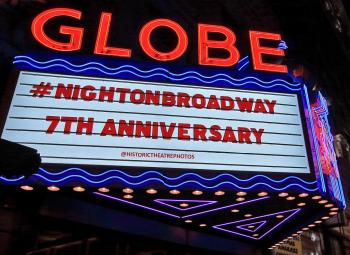 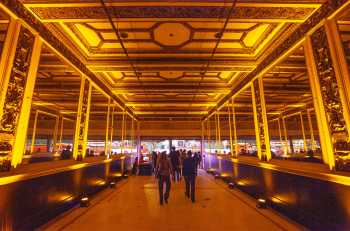 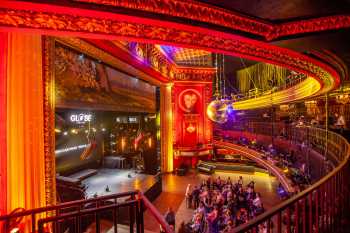 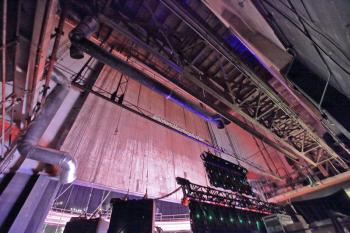 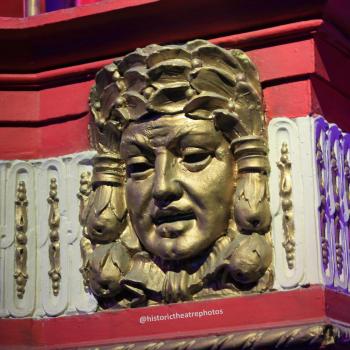 Oliver Morosco, a theatrical impresario, moved to Los Angeles in 1899, and at the start of 1913 opened his new Morosco Theater on Broadway. Newspaper reports show that the opening was originally planned for 30th December 1912 however had to be pushed back by one week.

The auditorium has two balconies, and as was common for the time, the upper balcony was not connected with the rest of the auditorium. There is no evidence that it was racially segregated, rather in the more tolerant Los Angeles environment it was probably class segregation. Alleys on either side of the theatre building provided access to the upper balcony.

The existing marquee was added in the 1940s when the theatre showed newsreels, however the original “Morosco” lettering can still be seen on the façade of the building behind the marquee.

After its run as a newsreel theatre the Globe continued showing films as a third-run house and ended-up focusing on Spanish language films. In the late 1950’s a Mexican waxwork museum was added to complement the films being shown the theatre. The Barbers Chair setting currently on display at the Million Dollar Theatre is the sole survivor of this museum. The Globe played to dwindling audiences until its closure in the mid-1980s. Re-leveled floor with the theatre in use as a nightclub

In 1987 the floor was leveled from the lobby to the stage; the theatre played host to a swap meet for many years while the lobby hosted retail fronting onto Broadway.

By the early 2000’s the orchestra and lower levels were converted into a nightclub, Club 740, which was ultimately shut down in 2011 following gang-related shootings. 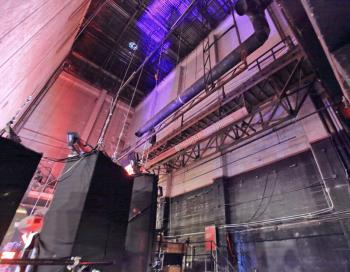 In 2014 new owners took over the Globe and have since reopened it as a live entertainment venue operating several nights per week.

Retail units on the Broadway façade were removed and the original theatre entrance opened-up, which revealed the historic mirrored lobby leading from the street into the auditorium. The original marble staircases from orchestra level to the balcony were restored to their original appearance and the auditorium was redecorated. The uppermost level (the balcony) remains closed to the public. The Globe is notable for being one of the few Los Angeles theatres to retain its paint bridge. This gallery at Fly Floor level along the rear stage wall would have originally been where scenic artists would paint backdrops hanging immediately downstage of the paint bridge.

The stage is roughly 34ft deep, the proscenium being 38ft wide and 34ft high. The theatre’s original fire curtain, painted with a classical scene in vibrant colors, is still in place although it has not been moved up or down in many years.

How do I visit the Globe Theatre?

Photos of the Globe Theatre