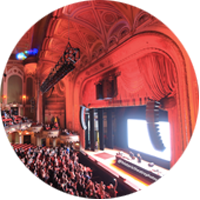 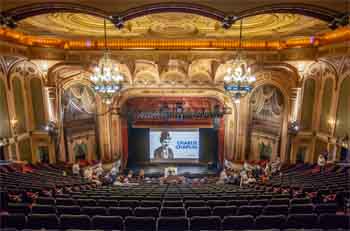 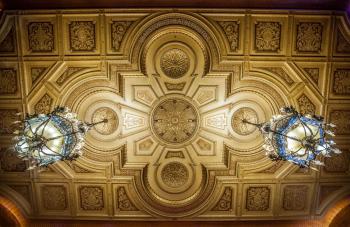 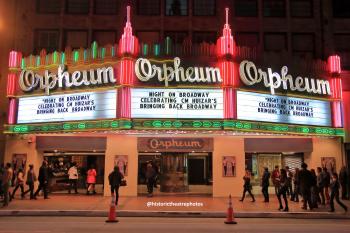 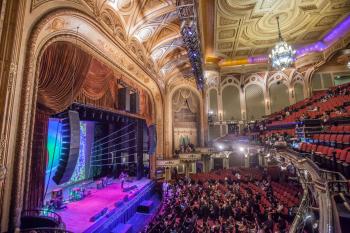 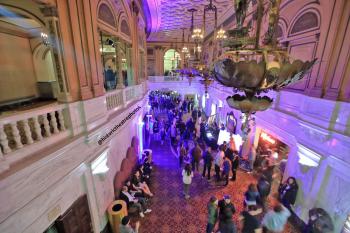 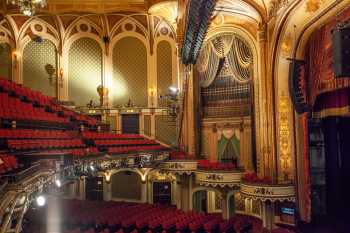 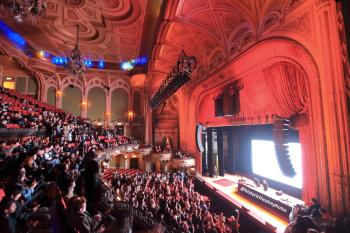 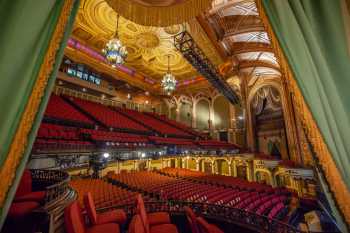 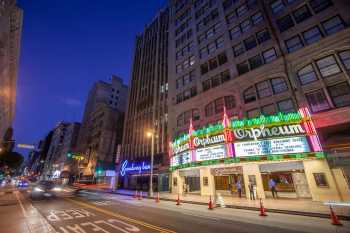 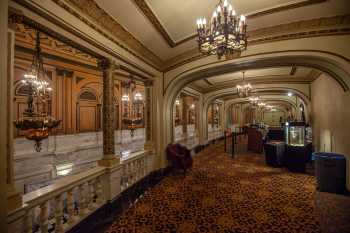 The Orpheum Theatre, named for the Greek mythological figure Orpheus, opened in 1926 as the fourth and final Los Angeles venue for the Orpheum circuit, and the second Orpheum Theatre to be built on Broadway in Downtown Los Angeles. The theatre is home to a 1928 Mighty Wurlitzer organ which is still in service today. Architect G. Albert Lansburgh designed the theatre and it remains one of his most elaborate examples.

Opened mid-February 1926, the Orpheum originally showcased both vaudeville and movies. The theatre was designed in a French Baroque style by Lansburgh, who also designed the interior of the Shrine Auditorium, the El Capitan Theatre in Hollywood, and The Wiltern in Koreatown. 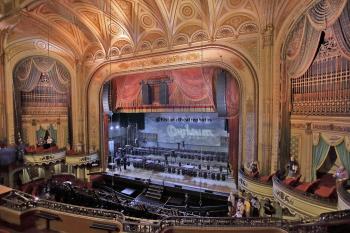 The elaborately-detailed proscenium gives way to a series of stepped opera boxes on each side, with the organ chambers located above. The boxes are seemingly supported from below on fanned supports rising from the orchestra floor. The ceiling plasterwork is elaborate and is lit by hidden cove lighting. A pair of over-sized chandeliers hang from central points in the ceiling. The balcony cross-aisle handrail still bears a scar from when one of the chandeliers hit the handrail when being lowered for cleaning/relamping. The lobby features marble throughout and wows audiences with its opulence and gallery views. 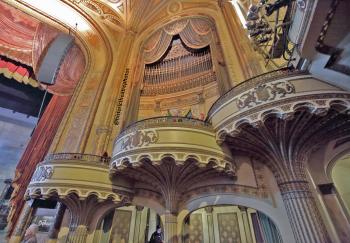 A 3-manual, 14-rank Wurlitzer organ (Style 240 Special, Opus 1821) was installed in early 1928, replacing an earlier organ. The Wurlitzer is still in-situ and used for special screenings. Also of note are the theatre’s annunciators: small windows positioned at either side of the proscenium arch containing a series of moving cards indicating the current performing act. Most vaudeville theatres have removed or re-purposed these areas for loudspeakers, however the Orpheum has retained them. It may be the only theatre in North America to have done so. 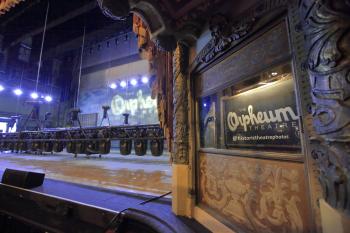 By the start of the 1930s the Orpheum changed its main programming from vaudeville to movies, and by 1932 business was so bad that the theatre was closed. It re-opened in 1933 with wider programming, re-introducing vaudeville, and maintained a solid calendar until 1947. Throughout the 1950s and beyond the Orpheum reacted to changes in popular live entertainment, and in addition to screening movies it hosted vaudeville, comedy, theatre and music concerts of all varieties. 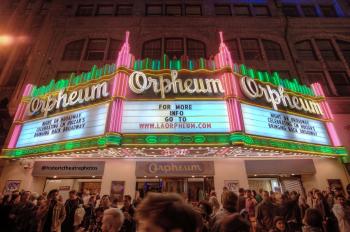 The current marquee dates from 1941 when RKO updated the original late 1920s version.

The Needleman family has owned the building since 1964, and in 2001 a major refurbishment was undertaken such that the Orpheum is now arguably the best-preserved theatre of its era in Los Angeles. Its refurbishment has led to other managers realizing there is an audience on Broadway. Original features were retained and of particular note are the theatre’s annunciators: small windows positioned at either side of the Proscenium Arch containing cards indicating the current performing act. Very few vaudeville theatres have retained their annunciators, might the Orpheum be the only such example on the west coast of the US?

The Orpheum has hosted some of the most famous names in show business including burlesque queen Sally Rand, the Marx Brothers, Judy Garland, Will Rogers, plus jazz greats Lena Horne, Ella Fitzgerald, and Duke Ellington.

How do I visit the Orpheum Theatre?

The Orpheum does not offer its own tours however below are some options for potentially seeing a bit more of the theatre than by simply attending one of the many and varied commercial events it hosts:

Information correct as of March 2017.

Photos of the Orpheum Theatre