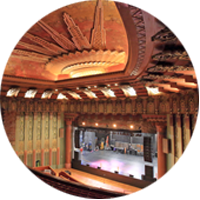 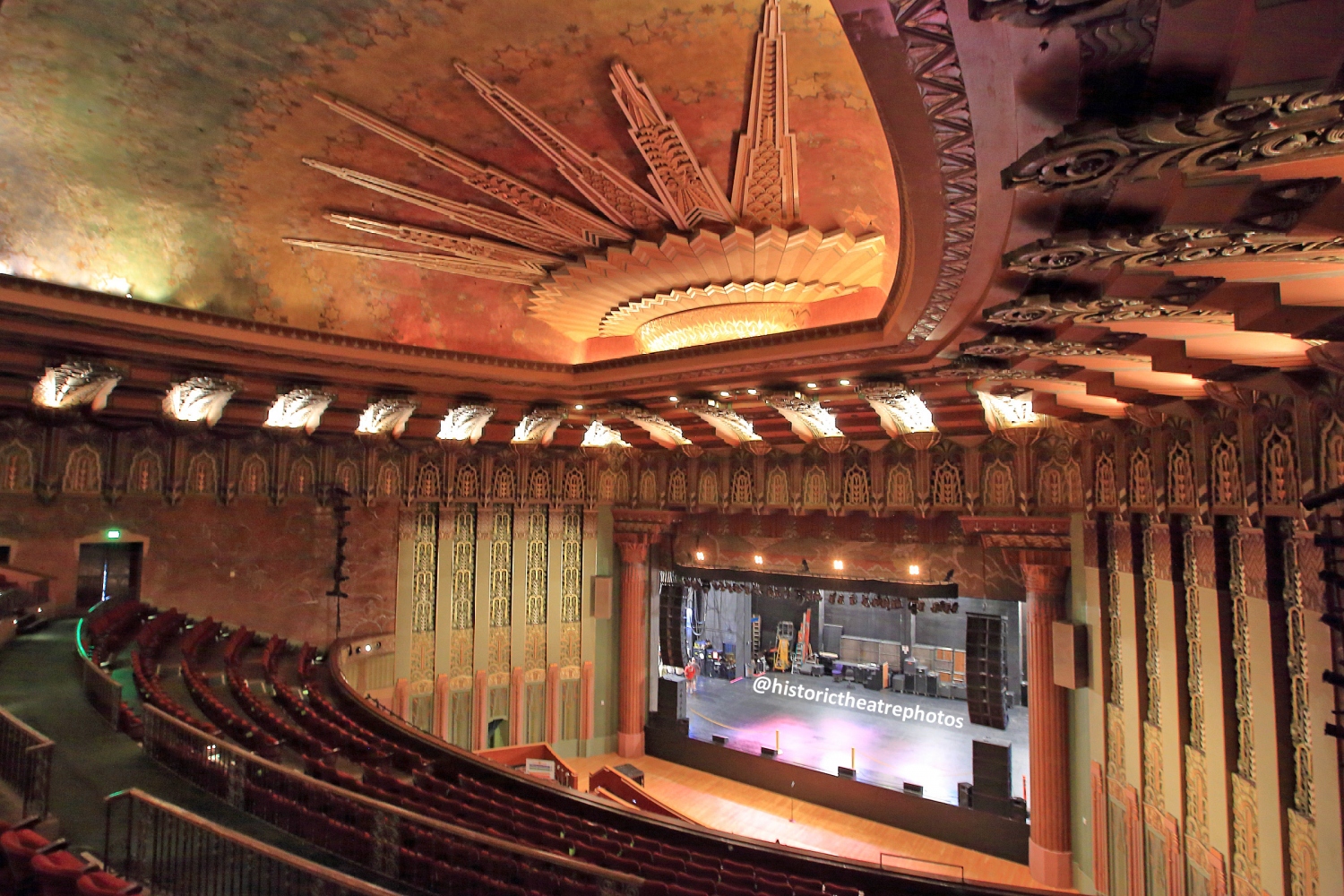 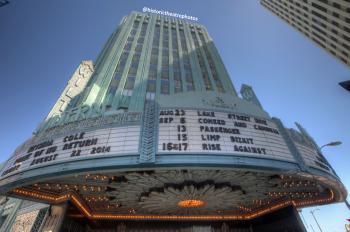 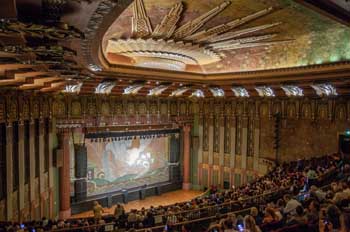 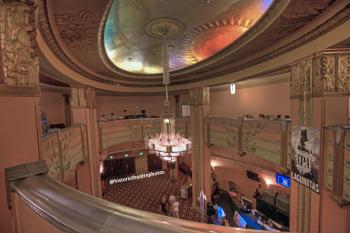 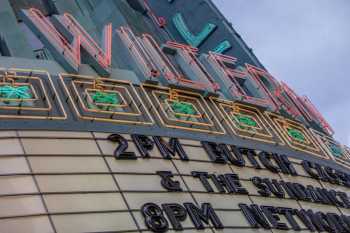 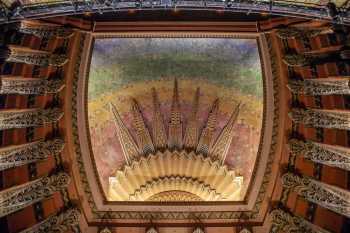 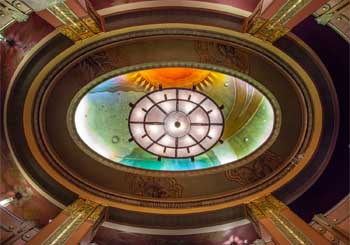 The Wiltern opened in 1931 and is a stunning example of Art Deco architecture. The exterior and surrounding office building was designed by Morgan, Walls & Clements with the theatre interior by G. Albert Lansburgh. Originally built with seating for 2,344, the theatre was modified in 2002 to remove the 1,200 Orchestra-level seats so as to create a flexible layout catering to seated, cocktail table, and standing room only configurations. 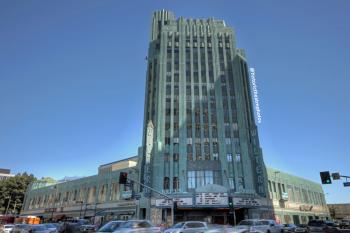 The surrounding office building and tower, with retail units at street level, was known as the Pellissier Building – the Pellissier family owned the land upon which the building was developed. The entire building exterior was clad with a special turquoise shade of Gladding-McBean terracotta, which came to be known as Pellissier Green.

The theatre opened as the Warner Brothers Western Theater, primarily intended as a movie theatre but including stage facilities for vaudeville. It was the flagship for the Warner Bros theatre chain and boasted the largest pipe organ in the Western US at the time: a 4-manual, 37-rank Kimball (opus 6644), with nine of the ranks in an “echo organ” chamber at the rear of the auditorium next to the Projection Booth. The organ was transferred from the Forum Theatre where it had originally been installed in 1924.

The decorator for the theatre’s interior was noted muralist Anthony Heinsbergen. The centerpiece of the interior design is the auditorium ceiling which heralds a multi-colored sunburst pattern of Art Deco skyscrapers, an imagining of future buildings on the city’s up-and-coming Wilshire Blvd.

Warner Bros terminated their lease due to poor business and in May 1933 the theatre closed. It reopened as an independent theatre about a year later in 1934, re-branded the Wil Tern or Wil-Tern, named after the intersection it is located at: Wilshire & Western. Over time the space/hyphen fell out of use and the theatre became known as the Wiltern Theatre. Warner Bros returned to program the theatre in 1939 and it was variously known as Warner’s Wiltern and the Stanley Warner Wiltern.

In 1956 the Pellissier family sold the theatre and surrounding building to the Franklin Life Insurance Company of Springfield (Illinois), and in 1968 Pacific Theatres took over operations from Stanley Warner.

The theatre’s organ underwent a complete restoration in 1962 by the Los Angeles chapter of the American Theater Organ Enthusiasts. Just before the theatre closed in late 1979, Pacific Theatres removed the organ and placed it in storage. Theatre organ expert Ron Mitchell advises that at a later date the console went into the private collection of Phil Maloof in Las Vegas and the remainder was “parted-out”, two known recipients being organ builder Terry Kleven, and the Carma Laboratories theatre organ installation – a passion project of Carma Labs’ President Paul Woelbing. According to a post on the Cinema Treasures website 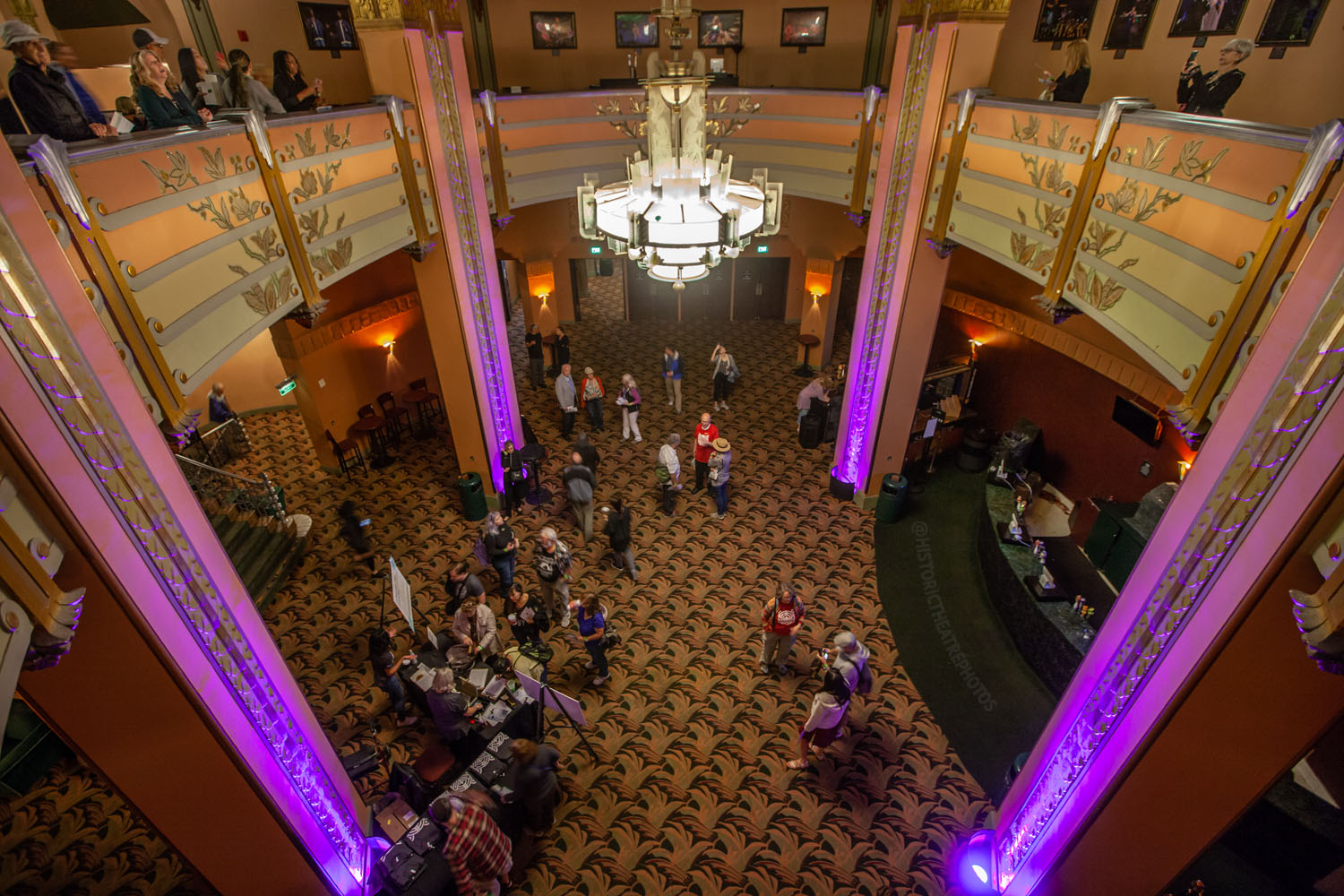 Renovated Lobby from above

During the 1970s the building fell into disrepair. In 1979, despite being nationally and locally landmarked, the theatre was closed and the building stripped for demolition. The then-fledgling Los Angeles Conservancy mounted a campaign to save the building and negotiated with the City to delay demolition while a feasibility study for alternative use was commissioned. Ultimately the Conservancy’s campaign saved the theatre, and it was first major preservation success for the young organization which had been formed only one year earlier.

In 1981 the building was purchased by developer Wayne Ratkovich who worked with local architect Brenda Levin to restore the theatre and surrounding office building and tower to their former glory. It was a massive task given many of the fixtures and fittings had been stolen or sold, much of the plasterwork was damaged, and a large part of the auditorium ceiling was missing.

The ceiling’s original nine Art Deco skyscrapers were a stylized imaging of the new buildings which might rise on the up-and-coming Wilshire Blvd of the 1930s. When the building was scheduled for demolition, decorative parts of the ceiling were removed which left gaping holes in the auditorium for over two years. The current ceiling was installed as part of the 1981-85 renovation and features seven skyscrapers, a mixture of rearranged original pieces and new fabrication to complete the picture. 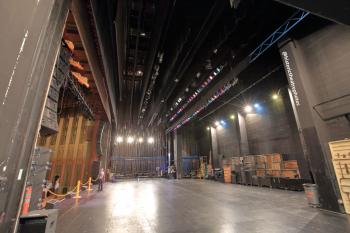 Ratkovich envisioned the theatre as a performing arts center which could accommodate Broadway-size shows, so during the renovation project the rear stage wall was was knocked-down and rebuilt 15ft further back in order to accommodate a deeper stage and truck loading bay. Following the four year $9.8 million renovation and restoration project, the theatre reopened on 1st May 1985.

At its reopening the theatre’s lobby was dedicated as the Perloff Lobby, in recognition of instrumental contributions to the preservation and revitalization of the theatre by Mimi and Harvey Perloff.

In 2000 SFX took over the lease for the theatre, and in 2002 SFX’s successor company Clear Channel Entertainment embarked upon a $2 million renovation. The Orchestra-level seating was removed and the floor terraced into five levels. The new arrangement allowed for temporary theatre-style seating, cocktail/dinner tables, and standing room only configurations. The orchestra pit was also floored over.

The theatre is currently operated by Clear Channel Entertainment’s successor company Live Nation and continues to host a busy calendar of live events.

How do I visit The Wiltern?

As of March 2017 The Wiltern does not offer theatre tours but you can of course attend one of the many and varied events hosted by The Wiltern. Check The Wiltern’s website

Photos of The Wiltern